The church of the Blessed Virgin Mary, St John the Baptist and All Saints, Witham Friary, is now the only remaining Carthusian place of worship in the UK open to the public and is a place of pilgrimage with strong links to Lincoln Cathedral through St Hugh. Church services are held on the second Sunday of the month with a special celebration every November for the Feast of St Hugh.  Baptisms, weddings and funerals take place and there are a number of ‘informal’ services on special dates throughout the year.

With the support of the village, the organ in the church was fully restored in 2018.

The church is working on its eco-church credentials and is reviewing how the churchyard is managed for wildlife as well as for visitors.

The village hall (formerly the school) adjacent the church is in frequent use for community events and accommodates a sub-post office on Wednesday mornings.  The hall has been enlarged and recently modernised since it ceased being the village school 55 years ago and now hosts the Witham History Society meetings, occasional pop-up restaurant events, Parish Council and WI meetings including annual celebrations such as at Christmas, Easter and Harvest festivals, thanks to the very active community spirit in the village across all age groups.

The church is not open regularly during the day but visitors can contact one of the churchwardens (phone numbers outside the church) if they wish to see the interior of the church. 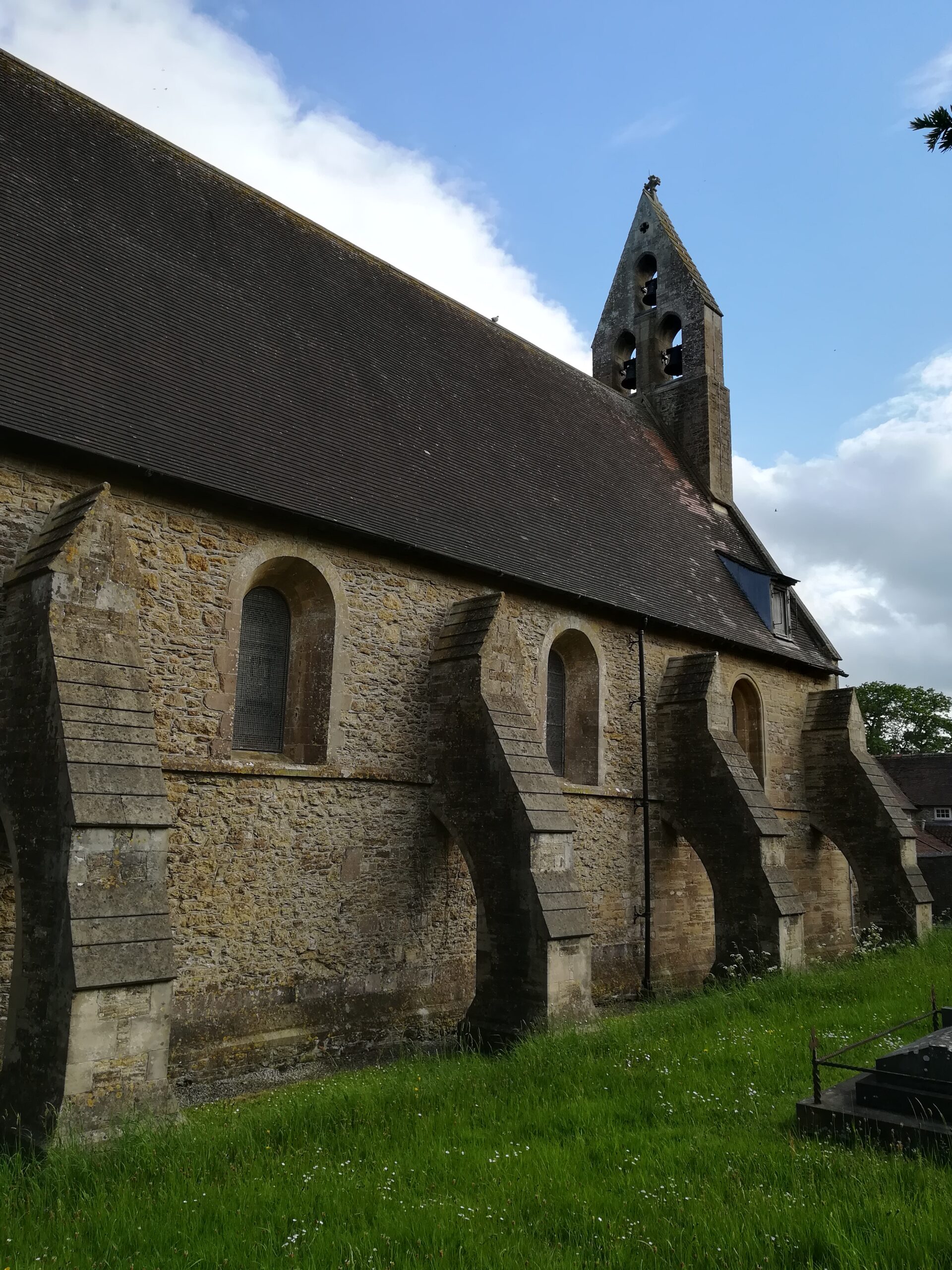 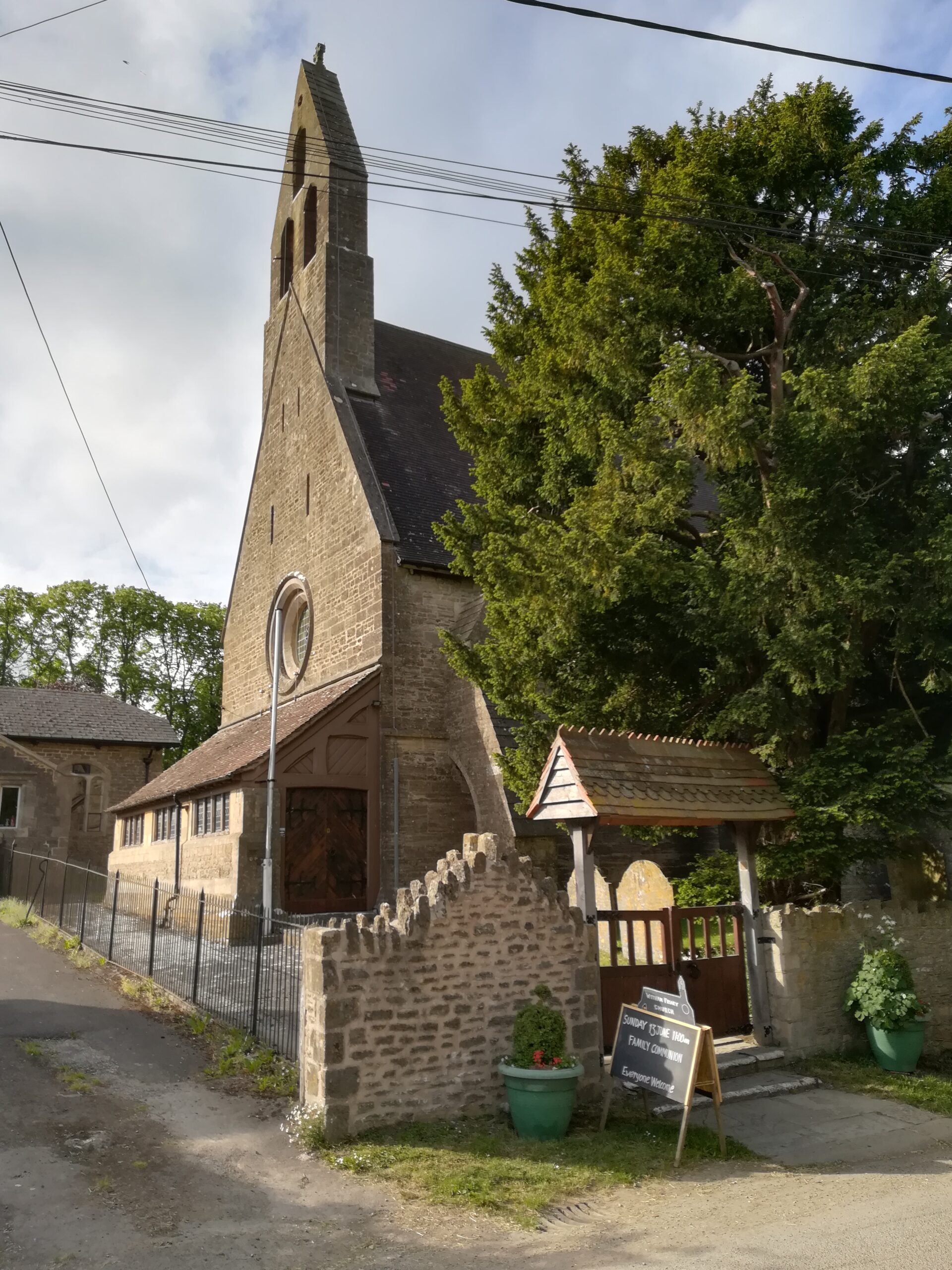 Witham Friary is a village of some 100 houses and several farms.  Hugh of Avalon was tasked by Henry II in 1179 to establish the first Carthusian monastery in England, part of the king’s penance for the murder of Thomas Becket. The monastery buildings did not survive Henry VIII’s dissolution of the monasteries and the church, which was the lay brothers’ chapel, and the Dovecote, (now an architect’s studio) are the only remaining buildings and are listed in B.L.Harris’ ‘Guide to Churches and Cathedrals’.  The church is listed Grade I and mentioned in Betjeman’s ‘Guide to English Parish Churches ‘.  Three fish ponds, reputed to provide for the monks’ non-meat diet, can be found a mile outside the village on the site of the mediaeval monastery.

The church became a parish church in 1459.  The building has had much done to it over the centuries.  There was a significant restoration in 1828-29 including the addition of a tower which was taken down in the next major renovation in 1875.  The thick walls are supported by flying buttresses installed in 1875 and the west end was also rebuilt with a bellcote for three bells.

However the church has a very rare stone ribbed vaulted roof – the work of St Hugh of Lincoln, Prior of Witham 1179-1186 – and a semi-circular east end, typical of Carthusian severe, contemplative design. The font is thought to date from 1459 and was buried under the tower and brought back out in 1875.

The south windows designed by Sir Ninian Comper  in 1922 tell the story of how St Hugh came to Witham and went on to be Bishop of Lincoln where he was responsible for the rebuilding it after a collapse.  The east windows are headed by the Carthusian order’s vows: Silence, Prayer, Solitude. 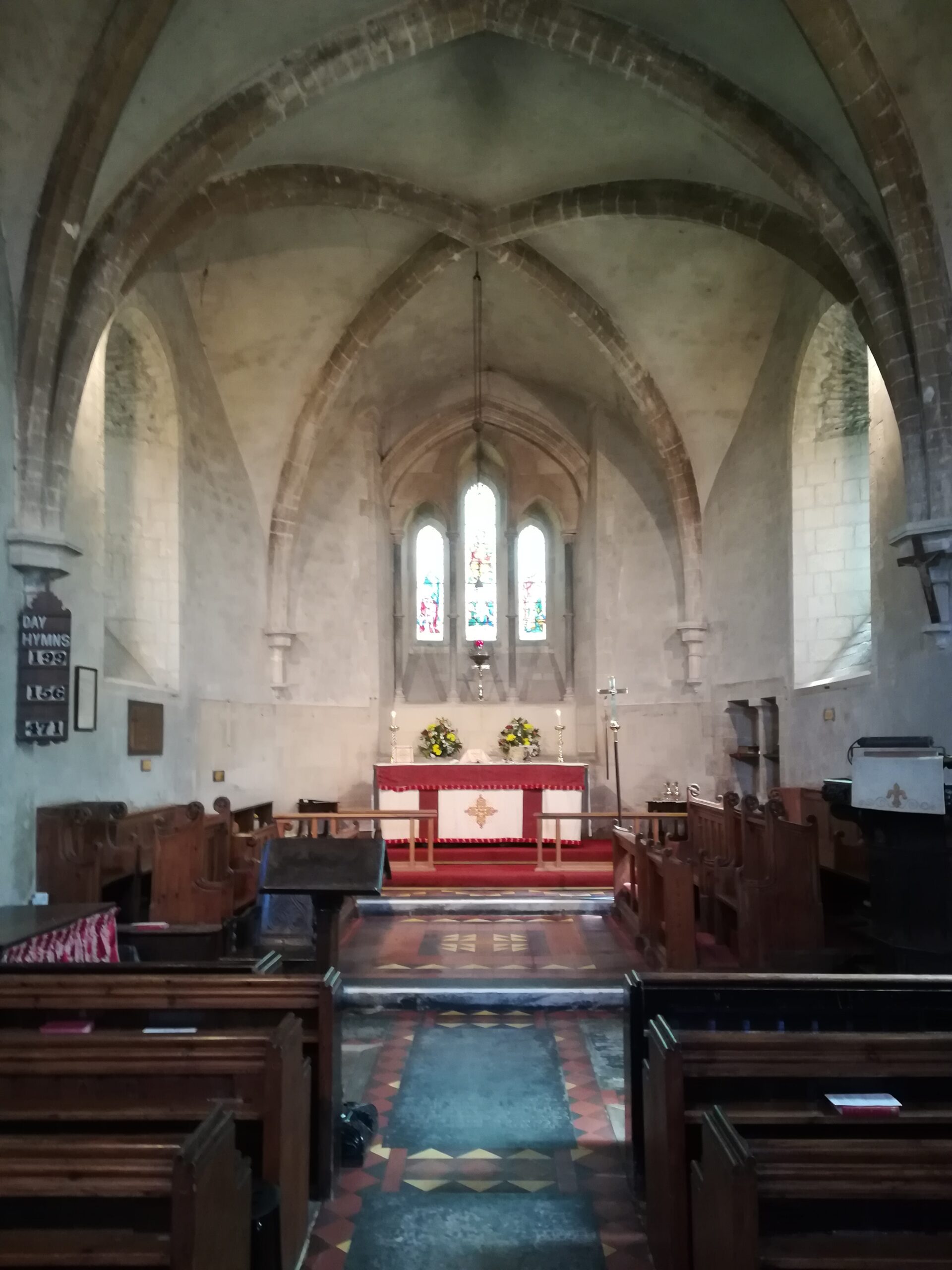 The organ is a very fine example by William Sweetland of Bath, fully restored in 2018 by funds generously donated by villagers, village organisations and the Parish Council.  A scheme to encourage and develop budding organists of any age has been put on ‘Covid hold’.  The main churchyard areas are tended by local people keeping it in order for villagers and others to visit and look after their loved ones’ graves.

The History Society have produced a record of the village’s oral history and published a transcript with photographs entitled ‘Village Voices’ in 2015.  An excellent guide, Witham Friary Church and Village’ is also available by Michael McGarvie.  The book can be purchased in the pub or from the History Society.